I could still taste the runny yolks in the back of my throat as I walked along the red-brick sidewalk, my vision blurred slightly by the few persistent tears I couldn’t quite manage to suppress. The only thing Jeanine does worse than babysit is cook eggs. She definitely can’t cook eggs like Mom, who cooks the bacon first and uses the bacon grease to fry the eggs. And she can’t cook the eggs like Susan, the woman who used to be our morning babysitter. Susan was better because she didn’t even usually cook eggs, and made us toast with gravy instead. She called it S.O.S., or stuff on shingles. She said some people think the first S stands for something else, but we should just call it S.O.S. instead. She was way nicer than Jeanine, but she got a regular job so she couldn’t be the babysitter to come wake us up for school in the mornings anymore. Now it was Jeanine and Gerry, they took turns on different days. Gerry is really pretty, with blonde hair and a friendly smile. Jeanine is always in a bad mood. Gerry doesn’t make eggs, she usually gives us a choice between cereal or oatmeal. She says “do you want cold cereal or hot cereal,” because she says the oatmeal is hot cereal. I like both better than eggs.

Jeanine made fried eggs this morning, like usual. I told her before that I only like scrambled eggs, but she doesn’t care. She set our plates on the table in front of each of us, and I could see right away on mine that it was going to be tough to eat these eggs. The white part was slight gooey in some places and burnt in others, and the yellow was the same way. She told us to hurry, so I started eating my toast, trying to think of ways to get out of eating the eggs. When Tim was little, he used to hide food he didn’t want to eat under a little ledge that was part of the way our kitchen table was shaped, so he could come throw it away later. This table wasn’t like that, so I would have to come up with something else.

Eat your eggs, she told me, as I tried to work out a plan. She stood and looked at me after she said it, so there was no way out. I cut off a little part of the white, and accidentally got some of the runny yellow leaking onto it. I brought the fork slowly to my mouth, wishing it was cinnamon-flavored hot cereal instead. I tried chewing for a second, but knew I needed to get it over with fast. I swallowed, and felt the sliminess of the egg in my throat. Before it got halfway down, I felt my stomach heave. I hate throwing up, so I fought it back. It came out as tears, instead, so before she could see me cry I stood up and yelled at Jeanine.

“Your cooking is gross! I wish you weren’t our babysitter!”

I left the house right away, and on the walk to school I settled down some.

I don’t know how I always let him get under my skin like that. It was a perfectly good morning, with the only exception being that it was my morning to go wake up Colleen’s kids. She’s good friends with my mother, though, so going to wake up her kids, feed them breakfast, and send them walking to school before I go to school myself two or three times a week isn’t so bad. But this morning it was a little harder than usual, because I was running a little late. For a family that doesn’t have much money, the kids are sometimes very spoiled. I had a hard time waking them up, as they usually just roll over and go back to sleep after the first one or two times I rub their shoulders. So today I had to resort to yelling, a good old “rise and shine” like my dad used to do.

They finally started getting ready, so I went downstairs and started their eggs. Five kids, five eggs, five pieces of toast. It’s not so bad; I can usually whip it up in about ten minutes, if I cook two or three eggs at a time. Of course, their stovetop is uneven and the frying pan slightly misshapen, so sometimes the eggs don’t cook very evenly. I finished buttering the toast while the last three eggs were cooking, put the food on separate plates for each of the kids, and took them out to the table.

The middle kid glared at me. He has never liked me, and I’ve never been able to figure out why. I think he might have a crush on Gerri, the senior cheerleader who wakes them up when I’m not around. I don’t think she even makes them breakfast. I looked at the clock and realized I needed to get going if I was going to be on time to school. I told the kids to finish their breakfast, and while I tried to remember whether I’d brought my geometry assignment, the middle kid pushed his plate away and started screaming at me. His brothers and sisters started laughing when he stormed out the front door, so I told them to finish their breakfast. I already at some oatmeal at home, but if the kid wasn’t going to eat his egg I didn’t want to let it go to waste.

I may have grown up listening to David Alan Coe, but that don’t mean I can’t get myself edumacated.

I had a little case of the Mondays going on today, but then I came home to find a letter in the mail from CSUN informing me that my thesis proposal has been accepted. Yay! Now I get to really get to work! I’m stoked, though, because it means I’ll finally finish Never Enough, the piece I started ten years ago as a freshman at Bradley University. But I am applying for the Teaching Associate Program, which would give me some valuable hands-on experience in the freshman composition classroom. If I’m accepted to that, it will push my graduation back by a semester. As I told my sister, though, that means I’ll either graduate in the Spring 2010 semester, during the same month I’ll be having a wedding ceremony back home, or I’ll graduate in the Fall 2010 semester, during the same month that I’ll turn 30 years old. So either way it’s going to be a busy year!

Speaking of wedding, I think I’m finally coming to terms with the fact that I simply can’t keep eating the way I did three years ago and expect not to put on weight. I’ve tried going to the gym with varying levels of success, but my gym membership expires this month and I’m not comfortable forking over another year’s worth of membership fees to continue seeing limited success.

I wasn’t really thinking about this, though, when I accidentally stumbled onto this Lance Armstrong website the other day. After playing around with it, and discovering that it claims I can lose 2 lbs a week by keeping my calorie intake at 1674 or less each day, I decided that I might as well give it a try. I’ve noticed in the first 48 hours of using it that simply having an awareness of how much I’m consuming is enough to make me reconsider certain choices. And best of all, it’s free. So maybe by the time I meet Yuka in the aisle, I will have shed a few of these extra pounds I’ve gained since I’ve been working a desk job. No promises, though 😉

That’s it, for now. I need to get started on this thesis!

If you are looking for a great event performance on your wedding, follow Jugglinginferno or click here.

Yesterday I dropped off a friend down in Culver City around lunchtime, so I took advantage of the opportunity to scope out a ramen joint down on the west side. The ramen was delicious! I’d actually been hoping for a noodle shop where I might get some good soba, but I wasn’t seeing anything. Not long after enjoying this fabulous bowl of soup (I liked it better than the stuff I usually get in Reseda, on account of the kimchi), I called Yuka to see what she was up to, and she told me her friend L, who used to live in West LA, happened to be in town visiting her. I asked if she knew anything about a soba joint, to which she responded, “hmm…good question; I don’t really know. You’d probably be better off making soba at home.”

So today, after picking up my books for this semester’s classes (which start Tuesday), I stopped by the Asian market that I frequently pass but have never gotten around to visiting. I found the soba, and eventually the right dipping sauce, and today I made myself some soba for lunch. Delicious.

Anyway, at some point in all of this – probably when I was sitting in the crowded ramen shop, where no table sat open for more than a minute or two before more customers filed in to have some soup – I decided that I’d love to run a noodle shop someday, like when I’m retired. I guess I’ll just have to add it to the list of shops and stores I’ve dreamed of running for a living: used book store, coffee shop, pizza joint. Maybe I’ll just buy a strip mall when I’m rich and famous and do a little of everything?

For the first few years of my life, my parents ran a pizzeria. After the divorce, Mom continued to run it herself for a while. Our babysitters, who were high school students, opted to call over to the pizzeria for our dinner as often as Mom would allow. The Brooklyn-style brick-oven pizzas Mom made, as taught by her FOB Italian first husband, still exist in my mind as the model of what good pizza should be like. And the calzones… I have had good calzone since then, but never anything quite comparing to the ones I had as a kid.

This addiction has taken many forms: good calzones at Huckleberry’s in Rock Island… Chicago-style stuffed pizzas from Papa Del’s and Primetime… barely edible $5 specials from Little Caesar’s… and many others.

Maybe one day I’ll find a slice that I can say no to, but that day has not come yet. That said, my first experience with anchovies a few months ago has shown me that anything’s possible.

Every now and again, I find something on the Internet that defies explanation. It may inspire mirth, it may inspire terror. Today, I give you a link to just such an evocative article in the Times. It documents a phenomenon that is better suited to the Book of Revelations than to a casual Dining & Wine article. It will leave no living person untouched by some strong emotion, maybe an emotion you’ve never felt before– something between delight and disgust and awe.I cannot further explain it and I’ve done my best to prepare you for it.

Try it at home. 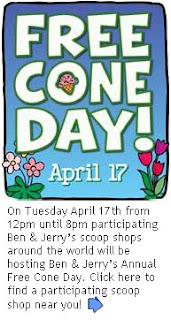 It’s like this: on February 19th, we’re all gonna die. Then we’ll wake up in pancake heaven.

Seriously. Considering how many IHOPs there are in a 50 mile radius from my house, and how often the employees at each one change shifts, I’m set to leave my 24-pancake record in the dust.

I’ll be sure to let you all know how that turns out.